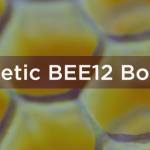 It has been year since Sammy Diva transitioned. Sammy Diva brought in the healing honeycomb. This past year has been amazing. Our healing has gone to a whole new level. There have been more miracles that we have witnessed this year in the animals and people. There have been attunements of animals, plants, Archangels, unicorns and places on our planet. If you were to tell me these things were going to happen since my yellow labrador was to transition I would have not believed you. But here I am.

A few nights ago I was having another 5D experience, my very good friend Toni O’Bryan showed up and gave me a shot. In the morning I texted Toni and said, hey, you gave me a shot, I know that its good whatever it is chuckling to myself. Toni told me without hesitation yeah, I’ll tell you later what was in it. Then I thought hm, wow. Yesterday Toni said, how about a 3D shot, I said heck ya. Then last night I had an amazing 5D experience with some healing release. It was very cool. These shots remind me of getting a flu shot without the chance of getting the flu. Powerful. Candy also got a series and said she was releasing all the toxins from the flu shot which made her sick.

This morning realizing it had been a year since Sammy Diva’s transition, I asked her could you send me a sign that you are still around. WHOA, I didnt expect but it all came together. Toni’s BEE12Boosters were related to Sammy Diva and the honeycomb. It made sense that Toni would come to me to give me the shot. Sammy Diva’s healing honeycomb continues to heal the planet and spread!! Contact Toni at LIVE LIGHT : technologies for new aging (Appointments@livelight.co) Single Session: $40 – 20 minutes
Packages of 3 Sessions: 3/$90 – 20 minutes each