This is written by one of our Reiki Masters Leslie Moore, enjoy the miracle that Reiki brings.

I’ve loved Reiki since before I started learning how to practice it.  I have a good friend whose mom, Judy, is a Reiki master, and she always seems so calm and in control.  And kind. And good. I love her. Anyway, I finally decided it was time to learn and studied with Judy for several years, rising to Level II.  When I decided I wanted to become a Reiki Master, I was attuned by Reiki Fur Babies. It was a life changing experience.

Since then I’ve been practicing hands-on and distance Reiki, and am always amazed by the gentle power of this energy. I especially love working with animals, and many times they’ll tell me what’s going on with them. Without me even realizing it, the gift of animal communication, became a part of my practice.

I have another friend who is a veterinarian.  She’s amazing, and understands the power of Reiki.  So when she called me to ask if I would see a dog she was treating, I immediately agreed.

Bandit, a six month old Bichon, is an adorable, tiny bundle of curly cuteness, and I was immediately taken with him. Another vet in the practice was doing a routine neuter on him a couple of days before and something went wrong.  Bandit was without oxygen for 15 minutes. His pupils were fixed and dilated.

But my friend was determined to bring him back.  And she did, after many long minutes of CPR, including mouth-to-mouth and compressions so hard she was afraid she had broken his ribs.

Bandit was alive and breathing, but obtunded, barely alert.  But my friend was certain he was “in there” and could be healed.

When I arrived at her office, my friend put Bandit in my arms. His limbs were stiff and hyper-extended, and he was obviously not quite conscious.  Bandit and I sat in a chair in a quiet room the surgery actually, the room where everything went wrong, and I began to share the energy.

Bandit came through immediately – he told me, he was trying to do what everyone wanted because he was a good boy.  He asked me several times if he was a good boy. Tears were running down my face, by then. I reassured him that he was, indeed, a very good boy and asked if he could relax.

Bandit then told me it was not the surgeon’s fault this happened.  His guides and mine showed me tangles inside of him that caused the problem – I still am not sure what those tangles mean.  But, I asked my guides to help me untangle them. And we started. I felt such a strong energy coming through.
Meanwhile, Bandit relaxed completely and went to sleep.  His limbs were no longer stiff and he was almost unconscious he was so deeply asleep.  His and mine guides let me know when to stop and I did, asking the energy to continue in a gentle stream.  Bandit slept and slept, waking up to eat like a pig! And then he slept more. His limbs stayed relaxed, he was obviously better.

The next day I went back, and Bandit had tried to take a step or two that morning.  He was still sleepy, but more alert than the day before. During our session he told me he wanted to heal.  And asked me for his favorite squeaky toy. Which his owner brought within the hour. This session was particularly powerful. I was given access to an amazing energy stream – I heard voices speaking in languages I didn’t understand – I instantly felt this energy is tied in to what’s going on in our world now. I was told that spite of all the fear and chaos, there is a powerful energy waiting to help and guide all of us – this is a time of awakening.

I wasn’t able to get to Bandit over the weekend, but on Saturday, I got a ding on my phone – my friend sent me a video.  Bandit was RUNNING through the yard. He fell a couple of times, but got right back up and kept going. His owner was there and it was obvious little Bandit was overjoyed to see him. On Sunday, while he didn’t run, Bandit was alert, eating well and interested in the world around him.

From obtunded, and barely alert, to running in less than a week.  After being without oxygen for 15 minutes. I know miracles happen all the time through Reiki, and have seen some amazing things in my practice, but never anything this profound.

You can find Leslie Moore 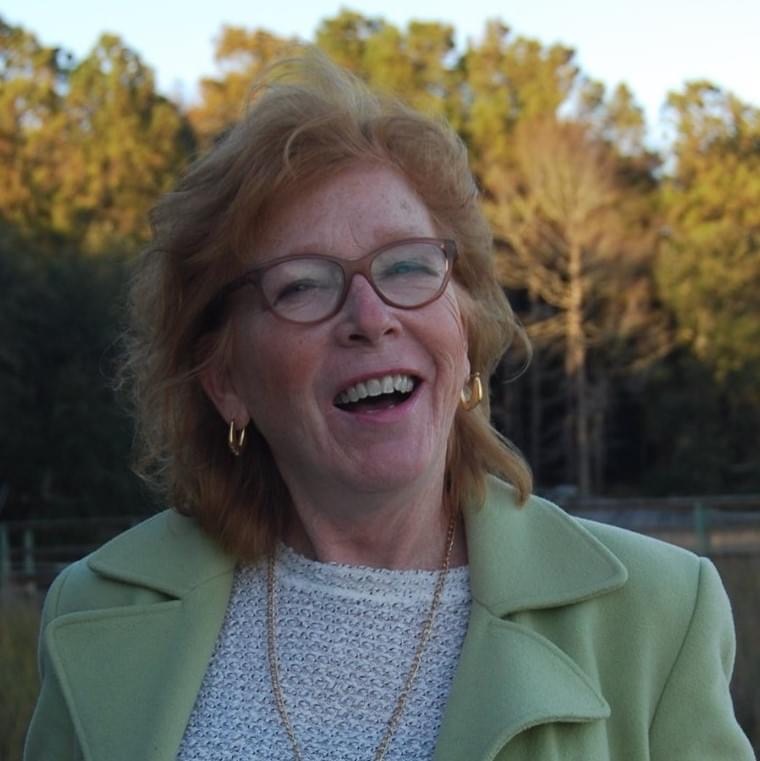 Reiki Master and writer living in Pawleys Island SC. Find her at Pelican Reiki on Facebook.