All of the animals we Reiki pull at our heart strings. All of them. I love each and every one of them. I have always loved animals since I was a kid so being able to give them healing is such a wonderful thing.  This kitty that we give Reiki to every now and then is one that touches Candy. She’s written posts about cats have slowly worked their way into her heart since she is what you would call a “dog” person. HA, not anymore. 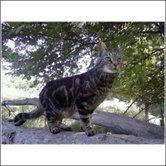 This cat and his brother moved away to stay at our client’s parents place for awhile as she sorts out things.  We think its wonderful that her parents are able to care for these kitties. They take them to Vet, watch out for them, feed them. They’re wonderful.  So many people cannot care for their pets due to the economy and just leave them somewhere which is so heart breaking. You feel for the people and the pets. 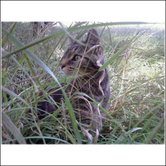 So these two cats have adjusted to a new lifestyle.  They’ve become “country” cats.  The reason this time we got called to Reiki this cat is because he was in a fight.  Mama said he doesn’t normally fight!  But the Papa watching the cats said he saw him get into a rumble.  Mama was worried about the abscesses that this kitty received as a result of the fight.  Reiki definitely could help heal the wounds, but what was most interesting is what he said to Candy.  He had a message to give back to his Mama.  What’s wonderful is that even though these cats are not with their Mama physically , they are very connected to her.  They think about her too.  So this kitty said to Candy, tell Mama that she can’t fight my battles. I may be little, but I am mighty. He began to show Candy that there is a group of cats that hang out at night.  One of them got very mean towards another, he called him an “interloper”.  He said this is all new to me, I’m not a country cat but he went in to protect the other cat.  He’s said, okay, so he got a “lick in”.   He said he had to fight hard cause he’s small.  He wanted us to tell his Mama, he’s okay, all the other cats are usually very friendly.  The only thing really bothering him is the flea attack all of a sudden. This was making him unhappy. 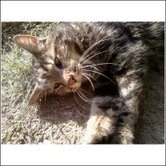 During the session, I sent Reiki to his wounds, encasing him a balm of healing. Also sending the fleas on their merry way.  After the session, we talked to the Mama. We asked her what’s an interloper? Candy said that was the cat’s word, never heard it before and she told us she had either from her Dad or someone close, she sent us this : and it’s perfect to describe a cat who’s not following the rules of the gang:

1. One that interferes with the affairs of others, often for selfish reasons; a meddler.

2. One that intrudes in a place, situation, or activity: “When these interlopers choke out native species, ecologists see a danger signal” (William K. Stevens).

Very cool. Candy and I were happy that this kitty was able to convey what was going on.  Blessings to him, his brother, his Mama and their family!